When it comes to Google, you would always see them a step ahead whether it’s about novel technologies or out-of-the-box improvisations. But this time Google is targeting something very much beyond our imagination (almost unexpected from Google).

Many years back, words were floating that Google are trying to move its range of products into the living room domain. I guess, after all these years of R&D, the software giant is finally zeroing upon its ‘Nexus TV’ device project. This device from Google is said to run Android and will stream videos directly form services like Youtube, Hulu, Netflix etc. It will also play some selected video-games. Google official sources said that this device will be ready for launch by the first-half of 2014.

Last year there was a rumor that Google is making its indigenous Android based set top box .At the same time The Wall Street reported that such a ‘device’ was there behind the closed doors at the Consumer Electronics Show 2013 in Las Vegas. Some sources mentioned that there was some kind of Kinect-like motion sensor which could be controlled using Android smartphones. Yesterday some reports came which corroborated these facts excepting one thing: the motion sensor. It also adds one thing – a built-in touchpad remote with the set top box. It is heard that Google is showing their version of the box to the developer’s. 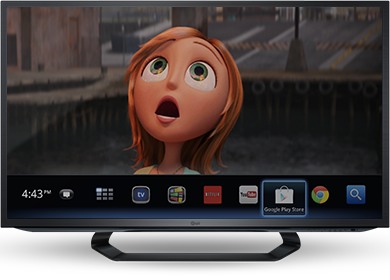 But one thing that this Google TV set top box will not support is live broadcasting. What Google is trying to do is to avert the hassle’s regarding the infusion of traditional content providers on board. That will help them on the long run. This development is next to impossible when it comes to other companies like Intel and Apple who either abandoned or delayed their projects, supposedly for this hindrance. If Google can get what it is aiming for, it will provide their customer with its own set top box similar to what Amazon is planning. Though it captured the market for some time still it is a device with no technological marvel. So that’s why not only us but the market people are also looking forward towards Google regarding its launch of Google Nexus TV set top box which will run on Android and will give Google’s products a new dimension. The pricing is said to be quite higher than expected. Let’s see what happens next!