Battery life on a smartphone is a big issue nowadays as smartphone gets powerful every year and the battery remains the same. Till now battery saving features were only available on Custom UI’s like that of Samsung, HTC etc. But now Google is also adding it to their stock Android on their upcoming Android L.

There were rumors till now on Google working on a battery saving features on their Stock Android and now the company have finally announced today their battery saving features called Project Volta. Project Volta is still in development so Developers will only be allowed to test it. It offers a lot of tools that will help developers to figure out why and how a certain app is affecting the battery life of a device. Project Volta also have tools that will stop apps from running in the background when a user will have a low battery on their smartphone. 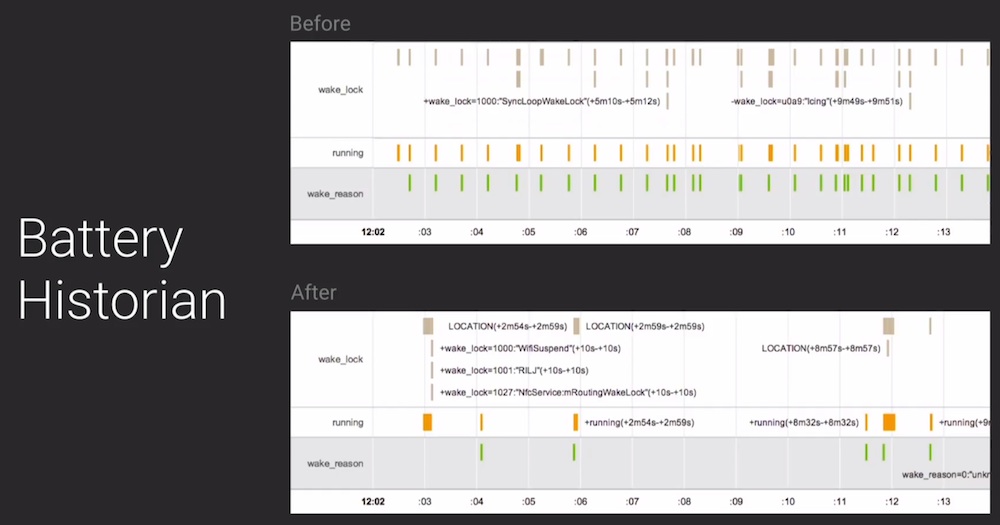 There are two parts to Project Volta the first is known as Battery History that will help developers with a history chart showing when the battery was drained and what caused it to drain. The other part is known as Scheduler API that will help developers to schedule tasks and choose when they want to run it for example the device will only performs tasks that are of high intensity while the phone is being charged or the phone won’t update any apps while the battery is low. 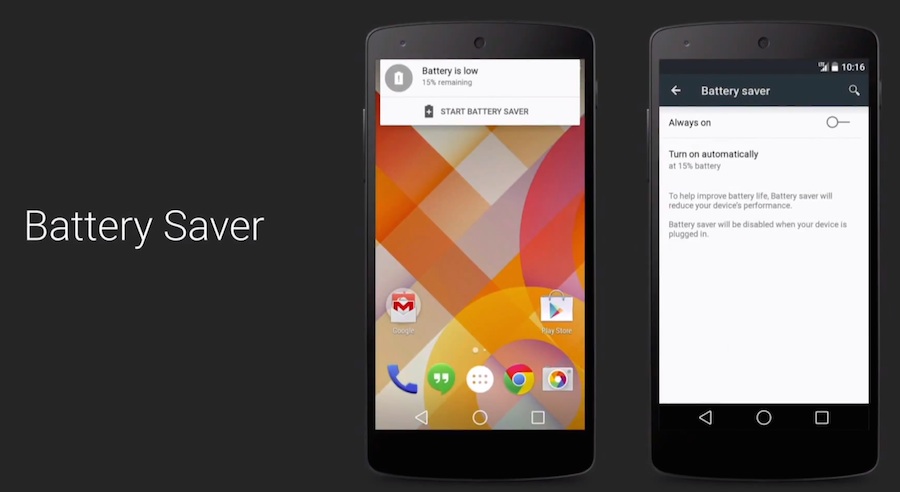 So users should be expecting a new Battery Saver mode in the upcoming version of Android that will lower the brightness of the screen and reduce CPU speeds in order to gain an extra few hours of battery life depending on the situation. Google said that Nexus 5 on battery saving mode can attain up to 90 minutes of extra battery life.