In the past, hashtags were mainly associated with Twitter. When new social networks began to sprout up, like Instagram and Pinterest, they began to follow suit. However, now the social media giant Facebook has joined ship to support hashtags. What could this mean in the way in which social media is consumed on Facebook? Also, for those who don’t know, what are hashtags in general? We will discuss all of this and more today.

The main aspect of a hashtag is that it includes the numerical symbol (#). From there, it is any word or phrase that is used to group updates and posts that are similar and also have the same hashtag. For example, if you are on Twitter and posting about the television show Modern Family, instead of writing your tweet and then attaching the hashtag #Modern Family, you will instead combine both words without a space into the hashtag #ModernFamily.

How Can Hashtags Affect Social Media?

Hashtags are a way for social media to form a community of news and interaction. This is seen best in times of national disaster. There may be a hashtag dedicated to the storm or event that users of the social network may attached to related tweets. As a result, individuals are able to get the latest updates from news centers, those who are affected by the disaster, and it has even allowed families to stay updated on the state of their loved one. Hashtags act as a conversation and provides organization in social media. 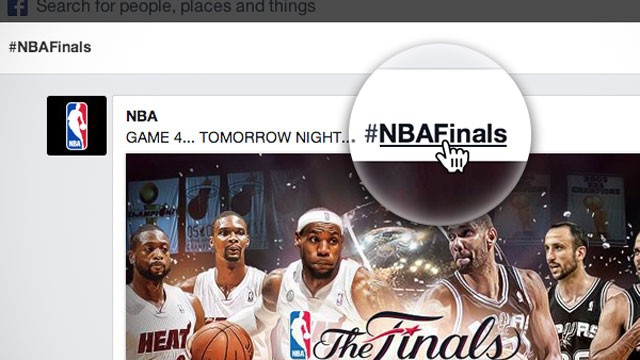 However, unlike Twitter, Facebook not only allows people to update their status, there’s also games, photos, videos, and other aspects of Facebook that make hashtags different to implement compared to Twitter. While Twitter and Facebook may have similarities in how it may affect social media usage, for example, the possibility for brands to monetize on hashtags. But one thing separates both websites, privacy issues.

Twitter allows people to have private accounts, where only those who follow the individual is able to see their tweets. On Facebook, things are a bit complicated. Individuals might, on one hand, have their profile fully restricted so that only those below a certain age group can view their profile (if the individual is under 18). Also, there are those, more commonly, who may have their posts viewable to friends only.

Finally, there are individuals who might have a post viewable by the public, but may exclude specific individuals from viewing one post – even if they are Facebook friends. With Facebook having privacy issues, this could be a hurdle for the network to have to go over. How can Facebook channel the sense of community Twitter offers with hashtags when there’s so much privacy. Also, could security be compromised when brands start coming in and monetizing on hashtags?

Facebook has officially confirmed that hashtags are only viewable by those who can view the post. If you have settings where your friends can only view your posts, only your friends will view the hashtag.

Those who are knowledgable of social media know that this doesn’t truly bring a substantial amount of interaction activity. Some networks even work in that those who practice hashtag packing actually move down in search results, instead of being featured on the front. This may not be the case on Facebook for the average hashtag user. However, those with a large amount of friends may still abuse this.

Hashtags are some of the most used aspects of social media. They can spark conversation, allow you to join conversations, and allow for your voice to get heard. But there are some social media users who abuse hashtags. Making use of them in moderation will bring the results you are expecting, not hashtag packing.

Facebook’s case, with multiple features and privacy concerns, makes this new addition unique. But, we overall feel the benefits will be exponential for the social network. Let us know in the comments below about what you think about hashtags on Facebook.