Facebook just launched a new social app that is not just a simple alternative to Facebook, but it’s a social networking app available only to influential people including actors, musicians, athletes and other famous people. These people can use the new Mentions app to discuss and send messages to their fanbase.

Mentions app will be just like the normal Facebook app except for some few features being removed from the app for the ultimate social experience for the celebrities. Instead of ads, games, invites and stuff, celebrities get the plan old Facebook feature including the social activity, media sharing and updates displayed on the app. 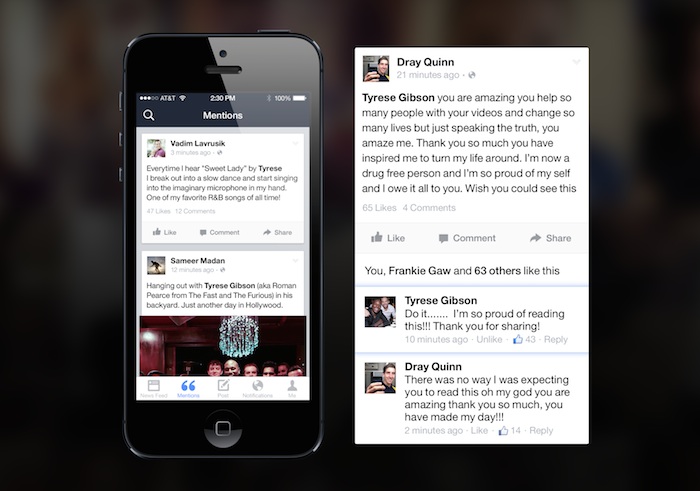 With the launch of Mentions app, it clearly looks like Facebook is trying to provide celebrities a much better social experience through its new app that will allow these people to interact more precisely with their fan base and experience a new level of social networking.

Apart from the usual stuff, Facebook Mentions app also allows celebrities to show conversations of both sides – the ones that they are already following and the ones that are trending on any general topic. This way, people can participate actively in any hot topic of conversation they want. It’s a great way to start off your social networking if you are one of the rising stars in any field of like and want to gain a fast and accurate user base without the hassle of going through the rough and tough Facebook social app.

Social media sites always look for high profile members as majority of the success comes from these users. By launching Mentions app that is solely targeted towards famous people, Facebook definitely knows how to help itself grow its revenue.

If anyone wants to use the new Mentions app, he/she needs to verify themselves on Facebook first that they are worthy of downloading the app and wants access to its features. After the request is granted by Facebook, people can then use the Mentions app directly from Facebook.