There is a wide variety of mobile apps for keeping notes, lists and reminders available in many app stores today, but Microsoft wants users in other competing brands, more specifically Evernote, to migrate to its service called OneNote.

Microsoft has released a new tool designed to make it easy and fast for Evernote users to transfer their notebooks, which are basically a bunch of files, to the OneNote app. The importer works to automatically migrate any files selected by the user to Microsoft’s note-taking system. It works fast, according to some early adopters, though it is still in its beta version as Microsoft currently gathers feedback to improve the service. That means some glitches in the way are inevitable. 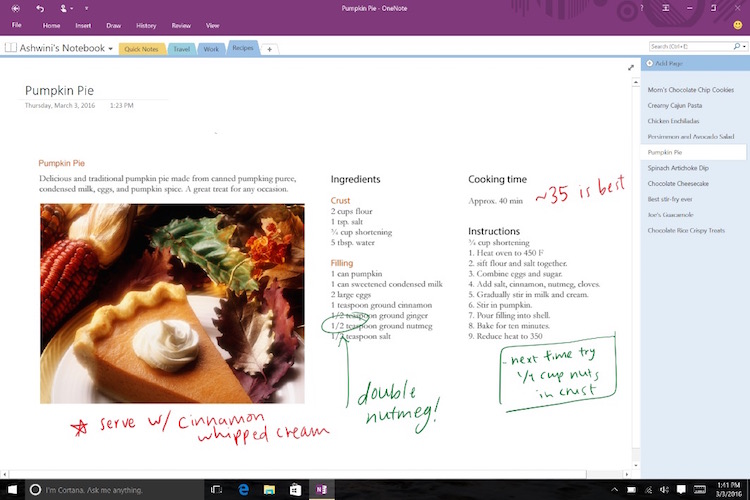 For example, the importer could not handle large files for transfer such as audio and video files that consume large storage space. It would be advisable to just let your audio and video files sit in your Evernote app until Microsoft improves the importer and allows it to transfer large files, if you would still like the tool by then. Part of the improvement phase will be based on the input from early adopters before Microsoft rolls out the full version of the importer.

But one remarkable challenge for users of Evernote is the drastic change in design when they migrate to OneNote. Evernote puts the notes in different notebooks while OneNote has tabbed sections and looks like a physical notebook we used in school during the days when smartphones were essentially nonexistent.

When you finally decide to ditch Evernote for OneNote, you have to negotiate between those differences. For instance, you will have to settle for one tab in OneNote for your files if you were used to having multiple tags in Evernote. It’s going to be hard for some OneNote users to negotiate those differences because OneNote’s design provides an easy way for users to work their way around the note-keeping app.

Fortunately, Microsoft said it plans to change the design of OneNote in the future to address that challenge. Further, it seeks to make OneNote a bit more enticing while retaining its simplicity for users who dislike much structure in an app.

One objective for Microsoft’s newfound focus on OneNote is to expand the user base for Windows. The importer has been made available only to Windows users at present. If you are using iOS, Android, Windows Mobile or Mac OS, you can only gain access to your files in NoteNote once those files have been transferred through the importer, which basically requires that you perform the task in Windows.