EasyAcc made some decent external batteries and I was quite satisfied with the EasyAcc Monster that I tested last month. However, many users don’t need such a huge power bank for their smartphone, so they have a smaller one called EasyAcc Powerbank PB6000CB. Let’s check it out.

The EasyAcc PB6000CB is a lot more portable than my previous EasyAcc batteries. It is significantly smaller and thinner, this is due to the lower battery capacity of just 6,000 mAh. 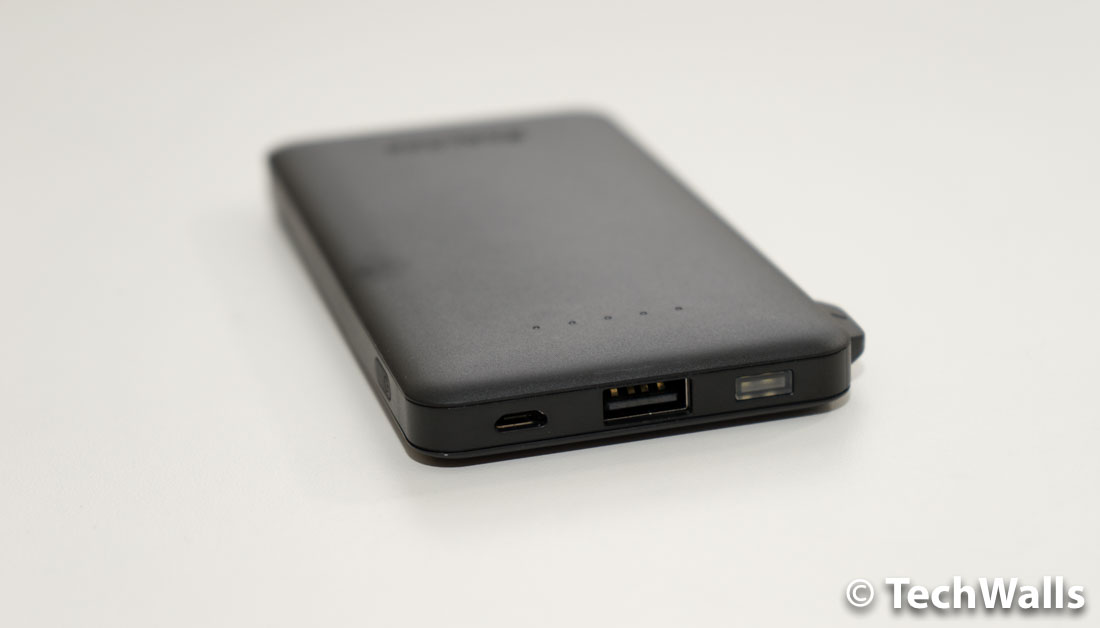 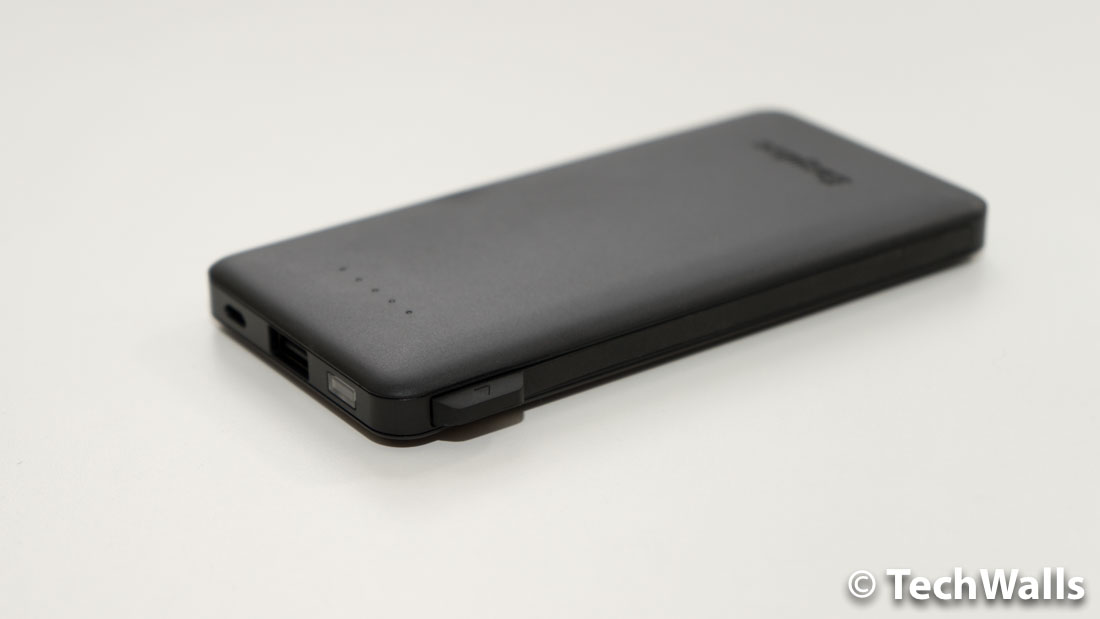 Notably, there is a built-in micro USB cable to charge your devices. This is extremely convenient because you no longer have to carry a USB cable with you all the time. The cable is flat, thick and sturdy, however, it is short and not really flexible. Therefore, you won’t be able to charge your smartphone when you place it on top of the power bank. Besides, the cable won’t work with Apple devices because it doesn’t have a lighting connector. I have no problem because I use Androd phones. 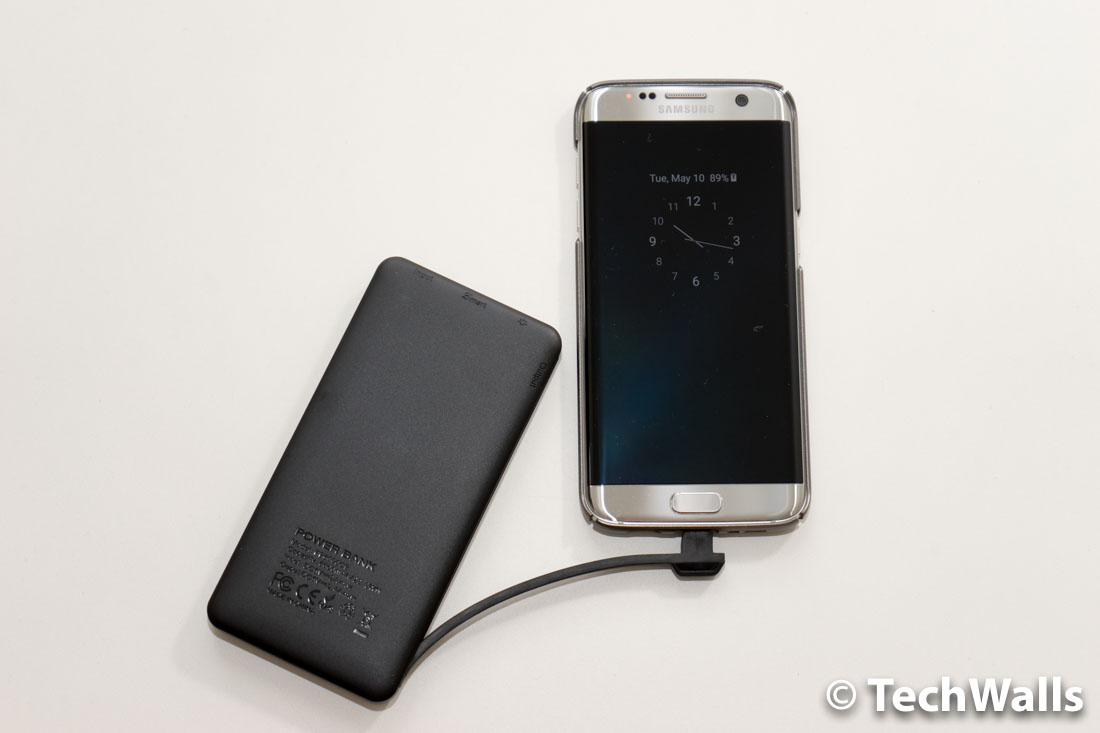 The battery has a capacity of 6,000 mAh which is quite low as compared to many other products. However, it is still enough to fully charge my Samsung Galaxy S7 more than once. The power bank featurs Smart Technology, it can provide up to 2.4 A so my Samsung phone can be fully charged in just over an hour.

The EasyAcc PB6000CB power bank works very well in my test, and it has a good price as well. You can consider the product if you are looking for a portable battery for less than $20.