As part of efforts to extend its reach to a wider range of users, Facebook has just opened the door to its Messenger service to developers who might be interested in creating apps for the instant messaging service. It is good news for many developers out there who may have been for some time wishing to make inroads into Facebook Messenger and reach global audience. 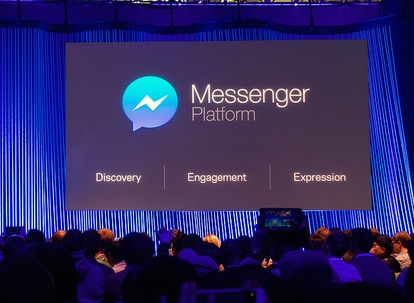 The move is intended to allow developers to create apps that would help shoppers connect with retailers in a straightforward communication. This after Facebook hinted at enabling a payment method through its Messenger app, in keeping with current market trend that has major tech firms shifting their attention to the mobile payment arena.

If you haven’t noticed yet, Facebook has been gradually transforming its mobile messaging app into a platform packed with a variety of features that will cater to the demands of its more than one billion global users. The move to open its Messenger app to developers is the latest step toward that goal. These apps will work within the Messenger ecosystem, which claims more than 600 million daily users.

Initially at least 40 apps will be rolled out to Facebook Messenger over the next few days, ranging from animations and sports videos from ESPN, among others. The ESPN app will let users send animated sports clips to friends, for example. The goal is to improve the users’ sharing experience with Messenger, which currently is limited to a pure instant messaging feature.

In a growing competition with other social media and messaging services, Facebook looks to pin its hope in the future on hedging its Messenger service from the pure play of social networking. It is demonstrated recently by Facebook’s alliance with Zulily and Everlane, two online retailers with which Facebook will collaborate to allow users to directly connect with them via the Messenger app if consumers want to customize their purchase and be notified of the shipment’s status.

Beyond partnerships with retailers, Facebook Messenger is also expected to extend its scope to facilitating purchases directly on the service, though the Menlo Park company has not announced such plan yet.

But the opening of Messenger to developers has its own scheme of screening. Every app will undergo a pre-approval process prior to its integration into Messenger, meaning users won’t be able to download it as a separate app. Once an app has been approved, developers can then build more apps as an added feature to enhance user experience on the Messenger platform.