We’ve seen some efforts to improve Apple’s Finder but the basic functionalities remain the same throughout the years. Many people want a better alternative with more advanced features, so the Commander One app might be a good choice for those power users.

Once you install and open the app, you can see that this is a dual-panel file manager. There are two panels on the two sides, so you can easily transfer files between different paths. We can move files without dealing with stacked or side-by-side Finder windows, or playing with tabs. You can just drag and drop files from one panel to the other, or use customizable hotkeys to make the process even faster. Moreover, it also supports an unlimited number of tabs in each panel. 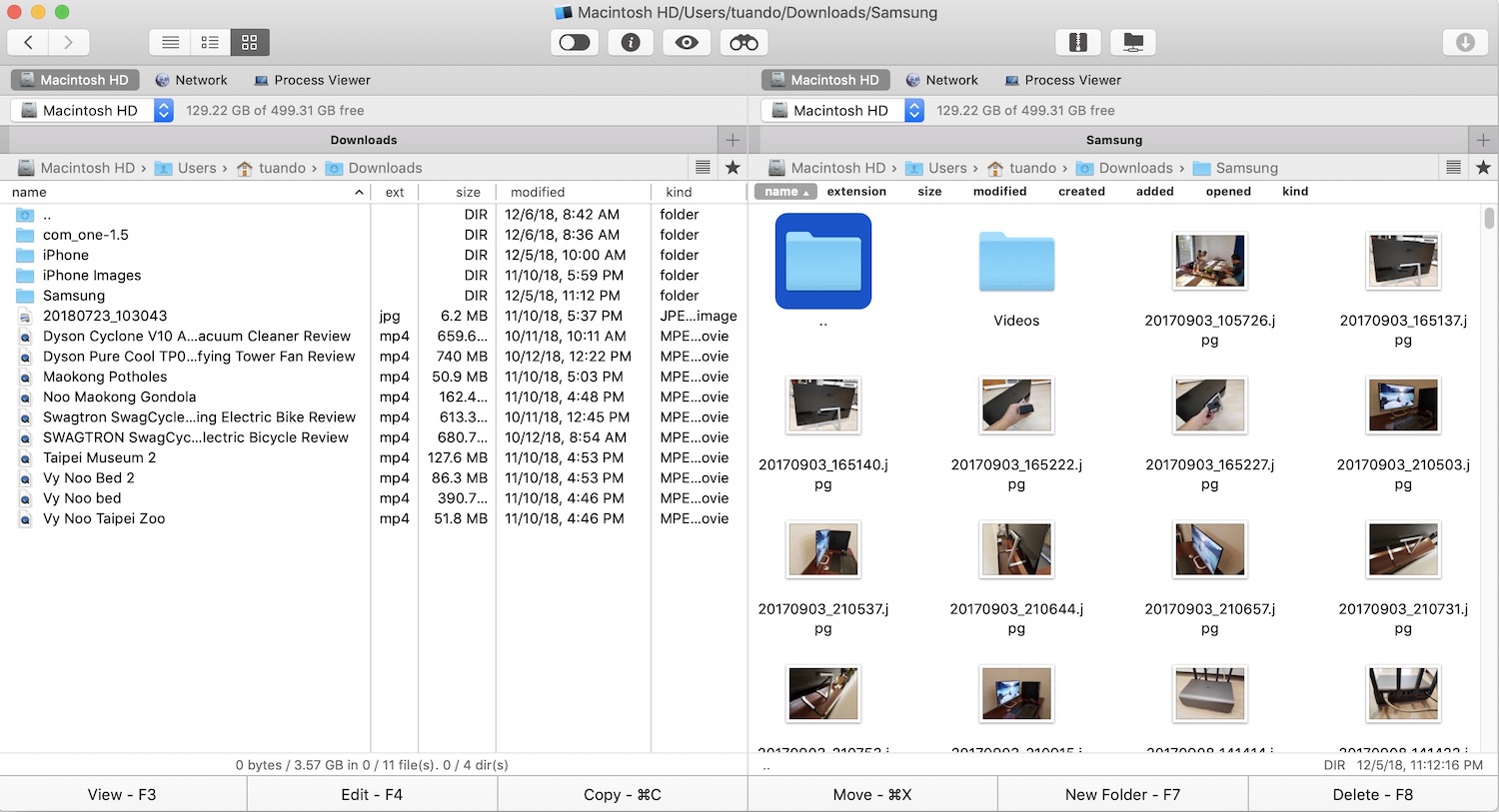 Working with the Commander One is quite different as compared to MacOS’ Finder, so it might take you some time to get used to it.

Besides, you will see options to show hidden files, change fonts and colors, access your most used and already opened folders, and advanced search with RegExp support. You can also preview files without actually opening them and the app supports file types commonly used by app developers and IT professionals like binary and hex.

My only complaint is that I can’t use Function keys on my MacBook Pro with Touchbar, so I had to re-map almost all hotkeys.

Notice that there are two versions of the app, which are a version available on App Store and a version downloaded from their official website. There are a few shortcomings of the App Store version, for instance, we don’t have the command line, terminal emulator, and we also can’t mount iOS devices as drive to transfer files easily. In case you are using the free version, you don’t have to worry about it since those features are available in the PRO Pack only. 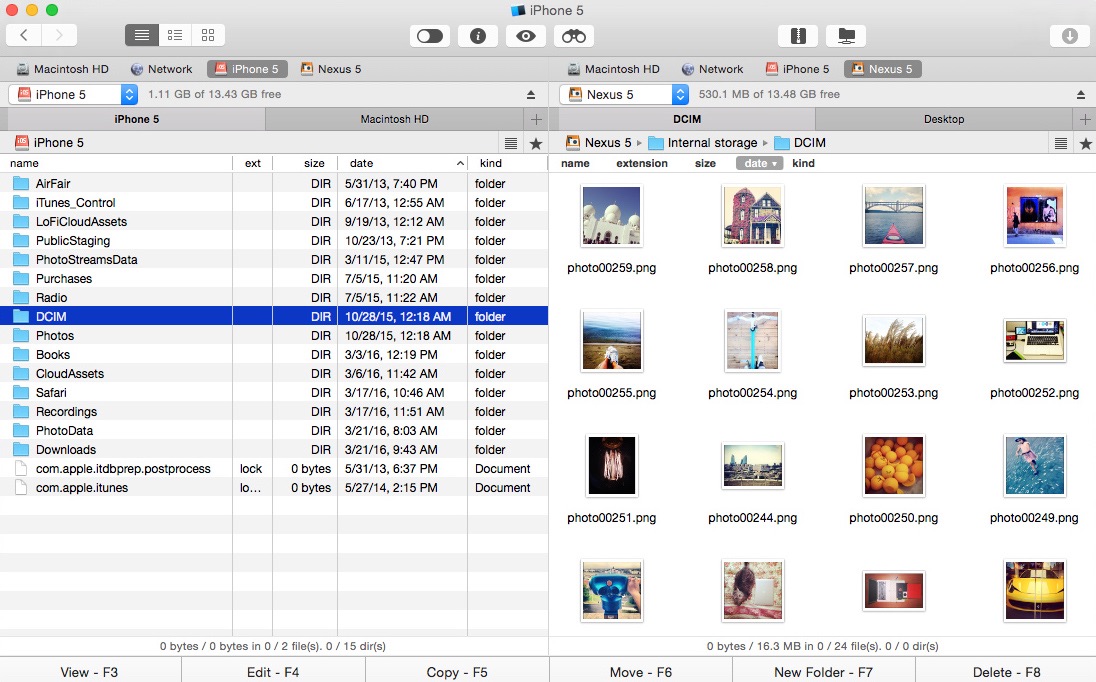 Besides, the PRO Pack also offers some more advanced features like managing all your clouds and network servers; You can connect to remote FTP, SFTP or FTPS servers with the built-in FTP Manager, link your entire Amazon S3 account, or work with your Google Drive, Dropbox, or OneDrive folders. 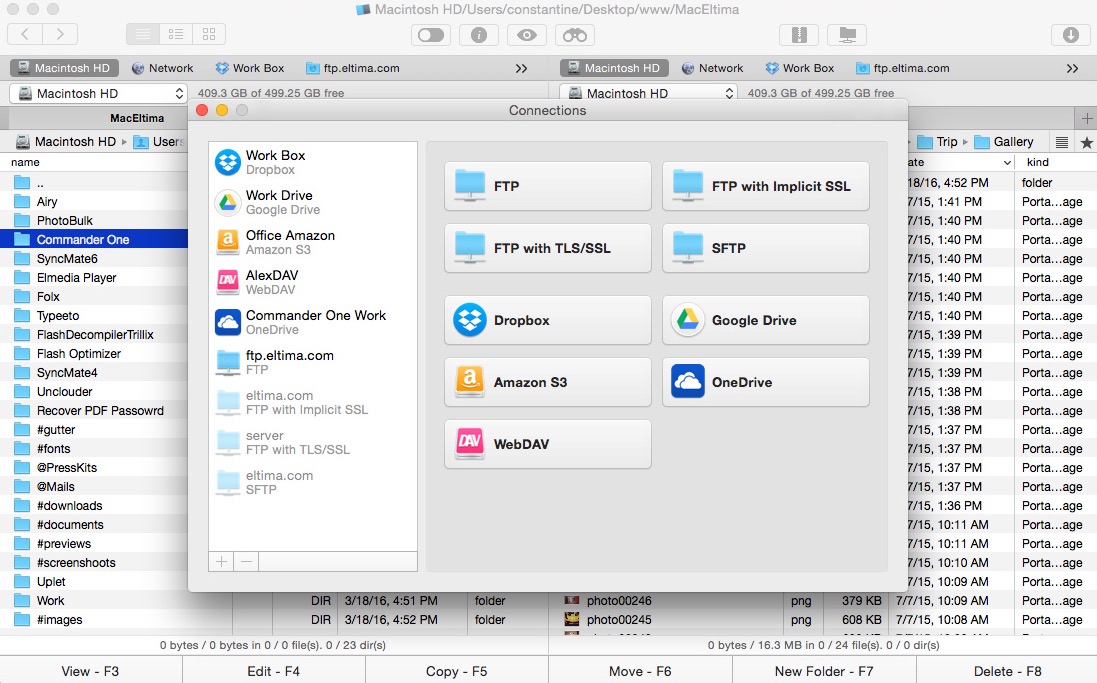 Moreover, you can mount MTP and Android devices and work with files as if they are stored in your Mac. The feature is much more convenient than the Android File Transfer app that most of us are using; We can open and preview photos, videos, or other files without copying them to our Mac first. If you decide to upgrade to the PRO version, the cost is $29 for a personal license for 1 Mac.

The free version of Commander One is not really worth the upgrade from MacOS’ Finder, however, the features in the PRO version are pretty impressive and useful for power users.