The technology in new televisions is developing at such a rapid pace that it’s often difficult to keep up with what is happening in the industry. This can also make deciding between an expensive new model and a cheaper TV a bit of a challenge.

Do you go for something that’s a little cheaper but won’t be quite as high quality? Or do you go for the most expensive screen out there and enjoy all the latest features and technology? How do you know which is the best option for you? 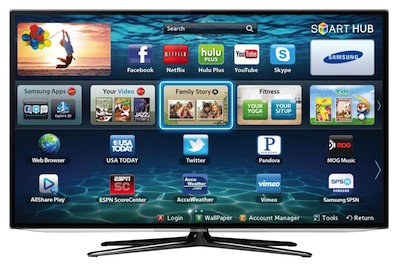 When comparing cheap TVs with the more expensive models, most people will want to know a few specific details. These usually include the screen size, screen technology (whether it’s an LCD, LED or plasma television) and whether it is HD ready.

Other factors, such as whether it’s a smart TV or comes with a built-in DVD player, are also important, though these are often the last things considered. While screen size will go a long way in determining the cost of your television, it is now possible to purchase televisions of all sizes for a decent price, so don’t let this restrict you.

Similarly, most modern TVs, whether cheap or otherwise, are HD ready. However, if you’re picky about the type of screen technology you want, you’ll probably have to make a decision between a cheap and expensive TV.

While LCD and plasma TVs are definitely the cheapest on the market, LED screens remain fairly expensive and you may end up paying a considerable amount more for a good LED screen. This isn’t to say that LED screens are always the best though. Some viewers enjoy the quality of an LCD screen over all others and many consumers decide that the small increase in quality between plasma and LED screens isn’t worth the relatively large increase in price.

When it comes to modern TVs, consumers are quite fortunate in the sense that picture quality and TV performance remains fairly high across the entire price range. While those at the higher end of this spectrum will boast slightly more impressive technical specifications, you’ll have to try them out to make sure you can notice the difference.

It is often the case that, past a certain point, viewers are unable to tell the difference between high end and cheaper TVs. Consequently, the only way to establish what is right for you is to check the viewing experience out yourself.