Starting Tuesday, the team at Tech Walls will be awaiting the many electronics expected to be released at CES. CES, standing for Consumer Electronic Show, is a show when many companies and developers unveil applications and gadgets that will be considered the hottest thing for the season. This is usually the event when we get introduced to the next hot gadget. Last year, 3D televisions were the big thing. What will be the must have gadget this year? Let’s take a look at some viable possibles today.

For the last two years, televisions have been an important aspect of CES. First, it was the popularity of the flat screen. Then, 3D televisions came along, but you needed glasses. 2012 seems to call for 3D flat screen televisions without the glasses this time around. As always, the bigger the television, the better. You’ll still see the outrageously big televisions revealed at CES, including the LG’s 55 inch beast. Not only this, but TV’s will be connected of course. More on this later in the article. 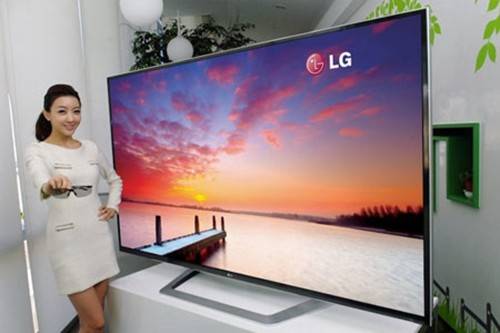 The Thinner, The Better

In addition to televisions, ultra-portable laptops will be a big event at CES. After the revival of the Macbook Air as a hit, many companies are coming on board to look into these thin as a pencil, if not thinner, laptops. As of now, the Macbook Air is some hard competition to beat. The quality and the price is something hard to fight with Apple. We’ll have to see if the new guys on the scene, including HP’s new line of ultra-portable laptops will be the next big hit.

Applications will definitely be something to look for at CES this year. Mostly with iOS, companies are still on the task of creating the social network of 2012. Facebook is slowly but steadily going over the curve for social networking users, but mobile social networks like Path are still hard to gather enough of an audience for continued use. Hopefully the new social applications of CES will offer a solution to this problem, one that currently plagues even desktop social networks like the still-in-beta Google+.

At the moment, the hottest tablet is the Apple iPad, however the largest economically friendly tablet is the Kindle Fire. With the immediate rise in Kindle Fire popularity, this gives many companies the confidence that their next tablet will follow suit. CES is the best venue to check out the latest iPad-like tablet to be on the market. As of now, if you want the best tablet, iPad will be for you. But CES may offer one that is friendly to your fingers and your pocketbook.

To sum up our predictions, one idea CES will offer up for 2012 is being able to have our life connected. Long gone are the days when we must go on our phones or computers to access the Internet. Many other gadgets, including televisions and streaming players are offering up Internet based features. We also have seen a slow, but steady rise in cars equipped with Internet. At this time, we see Internet ready cars to come more in handy for helping electric car owners in finding electric fueling stations. We don’t feel these electric cars can handle a full WIFI system at the moment, but you never know. Focusing more on TVs, companies like Hulu and Roku are offering a nice alternative to cable. 2012 will be the year that many companies will offer better options to using the cable box. This will result in more economically efficient entertainment for the future.

What are you excited for seeing at CES 2012? Let us know in the comments!