Blackberry has announced in an email to users that it would put out to rest its popular music streaming app BBM Music after nearly one and a half year since it first saw the light of day. And for good.

Subscribers will receive their last bill for the service this month, and come June 2 they’ll see the tracks becoming greyed out, indicating the app no longer exists. Although Blackberry (formerly Research In Motion) recommends Rdio as an alternative, even going so far as to offer the premium app for a 30-day trial, we thought you deserve more selection. And free at that! So here are 5 of the best music streaming apps we believe you’d like. 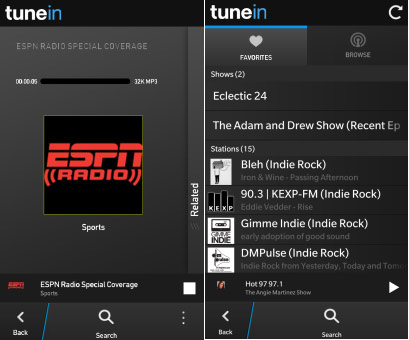 With TuneIn Radio, users can access more than 50,000 radio stations and over 1.2 million streams ranging from music to news and current events. 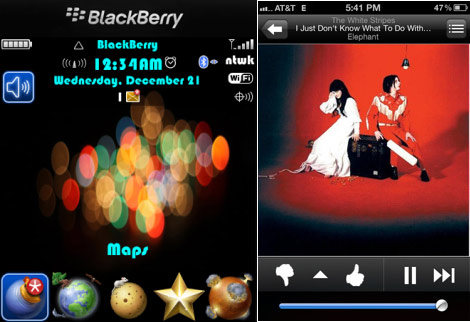 Pandora is not just a Blackberry app, it’s also available in other platforms such as Android and iOS. This online music service allows users to search for their favorite band, singer or album and tune in to the music station created by Pandora just for their taste. Users can listen to their favorite songs for hours, even longer hours.

Looking for the top-of-the-line music streaming app on Blackberry would naturally lead you to Nobex Radio, which brings to you a seamless cascade of selection of tracks from various radio stations. Choose your favorite station and bookmark it. The app also offers podcasts that users can opt to subscribe. Other features include hardware playback controls and sleep timer. 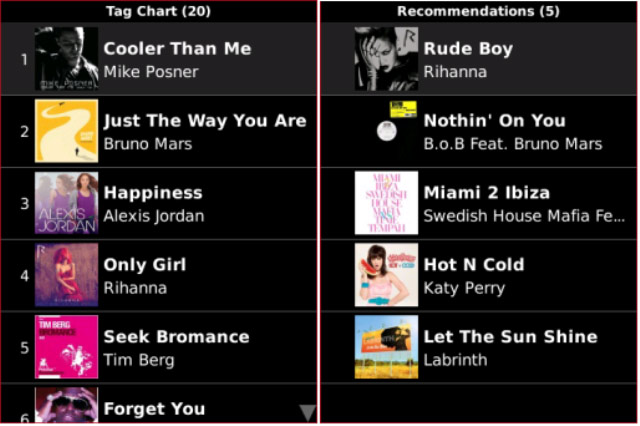 Shazam is perhaps one of its kind in terms of functions that make it much like a smart app. It has an extremely sharp memory when you start to play music. Launch the app and hold the button near the playing sound track for as long as 15 seconds, Shazam will put on record the song’s title, artist and album immediately. However, the app can’t be used to buy music files nor can it figure out a live music. 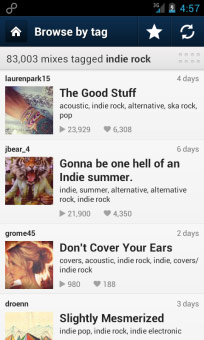 Another alternative that you can use in place of BBM Music is 8tracks, through which you can upload music files and even create a playlist of select contents. These uploaded audio contents aren’t readily downloadable to avoid legal hiccups. Nonetheless, to make your sound trip smooth and easy, sound tracks are tagged to let you jump from one mix to another with related themes. Since 8tracks is an Android port, the app isn’t entirely integrated with Blackberry. That doesn’t affect steaming, though.