Another of the most trending topics of all time in the Mobile phone area is the new BlackBerry A10. Recently there has been a leaked photo of the new upcoming BlackBerry A10, also known as the next BlackBerry 10 Smart Phone.

According to the image that was leaked, the screen of the device is said to be 5 inch. It is said to be looking like the Samsung Galaxy S4 but without the physical home button located at the bottom center. The image was leaked by Boy Genius Report and the back of the image was not shown thus it is difficult to tell how it looks like. The contrast white bottom in the image looks similar to that of HTC One. 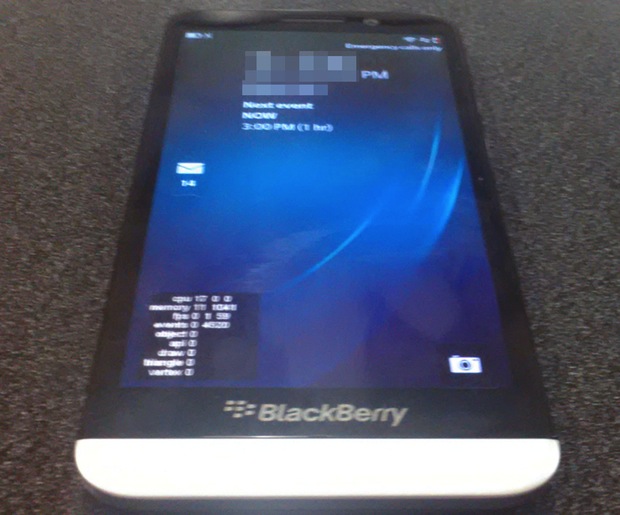 The image also shows that the device has a screen resolution of 1,280 x 720 pixels. The A10 squares off with the likes of Galaxy S4 and the HTC One. According to the rumors, the A10 only packs a dual-core processor and it has a 2GB of RAM, a step down from its competitors’ quad-core chips. It is also heard that there is a 8-megapixel camera. It is also said that it will include a Snapdragon chipset with a 1.5 GHz quad core Krait.

The BlackBerry A10 will be the fourth phone running BB10 software, following the Qwerty Q10 and Q5, and the touch screen Z10. So if you look the BB 10 series as a whole, you can see that BlackBerry is trying to release every variant of specific mobile phone designs. We have seen full QWERTY phone in the 10 series, we have seen a normal sized BB Z10 and now this. BlackBerry A10 will run on BlackBerry 10 OS although there is no word on the price of the new device and when it will be officially launched in the markets.