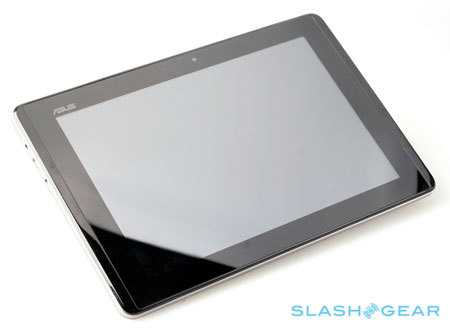 After launching successfully Asus Eee Pad Transfomer, the Tablet/Netbook hybrid, Asus once again surprises the tech world with another hybrid device. That is Asus Padfone, the Smartphone/Tablet hybrid.

The product is planned to be officially unveiled tomorrow at the Computex 2011 tomorrow morning, however, some pictures of the new device, have been revealed by SlashGear and this is promised to be another hit after Asus Transformer. The Asus Padfone consists of 2 parts, an Android smartphone and a tablet to dock the phone within it.

Although detailed specs of the Padfone haven’t been clear yet, we can expect that the unique design could provide additional battery life to the smartphone and allow us to browse the Internet, watch movies or play games on a 10.1″ screen. Besides, the tablet could use speakers and 5MP camera of the smartphone as we can see in the pictures below. It is also possible that the Padfone would use the new Android version code-named Android Ice Cream Sandwich. According to the introduction of Google, Ice Cream Sandwich is a multitasking OS for all Android devices. 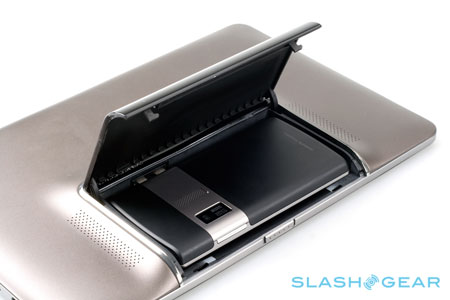 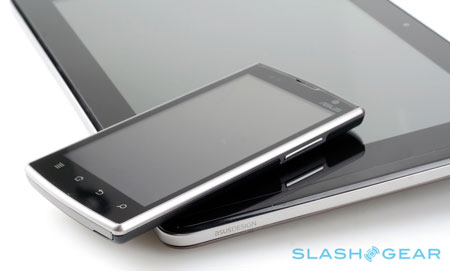 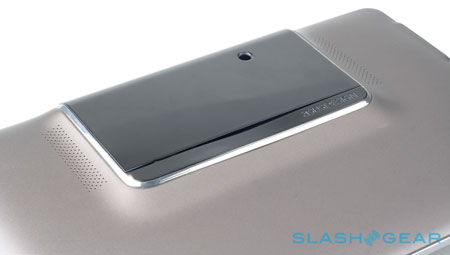 Recent Asus’ products have really changed my view about this company. What do you think about the idea of smartphone/tablet hybrid?