Archos has launched two Android 2.1 tablets called Arnova. There will be nothing special about this tablet except their amazingly cheap prices. The Archos Arnova 8 and 10 will cost from only $150.

For such low prices, some advanced features found on high-end tablets absolutely will be cut out. Compared to iPad or Motorola Xoom, they have slower processors, lower resolution displays, and cheaper components. However, we can still experience the web surfing, email, reading e-books and watching video fully on the 8 and 10 inch tablets. 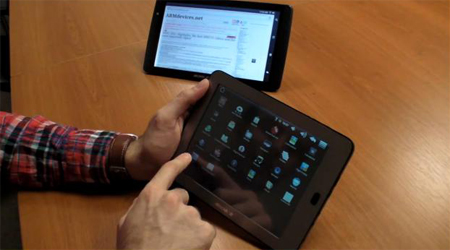 The release date of these Archos tablets hasn’t been announced yet.