The Apple acquiring Beats deal is done. And the official reason given by Apple for the deal taking place is the usual stuff about how important music is to the brand.

In our own opinion and what history has seen the only reason a company buys another is to make more money. That could simply be through acquiring a profitable company, which Beats is believed to be by most. The bigger question is, has Apple made a mistake with buying Beats? as its streaming division is still infant and has not contributed anything major financially towards the valuation of Beats. 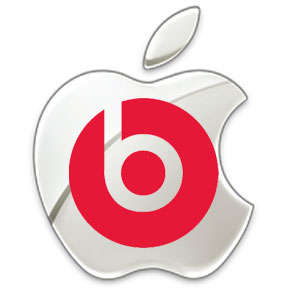 As of March of this year, Beats Music only had around 110,000 paying subscribers. Although with the news circulating and added publicity of Apple buying Beats the subscriber base has grown to around 250,000. Going by the current monthly subscription costs for regular and “Family” accounts, at best those 110,000 users would have been generating $16 million a year in revenue. This would make Apple really patient to see a return on its investment if music streaming was its primary focus.

As for actually selling music, that is not something Apple struggles to do. Not too long ago, Apple said that almost 15,000 tracks a minute were being downloaded through iTunes. Apple also operates its iTunes Radio and its “listen free, but buy if you like” model. The number of users who use these services are still quite low.

The question, then, is: Will Apple merge iTunes Radio and Beats Music together in the hope that it can increase those conversions? Or will it axe iTunes Radio completely, installing Beats in its wake? Apple will have to take extreme measures if it wants to make it work, but with a reported 40 million users on iTunes Radio, if it even gets a fraction of those users shift on the Beats paid-subscription service then it certainly stands to make more than our estimated $16 million best-case scenario.