The Angry Birds series by Rovio Entertainment have attained great success in the mobile app market. However, its recent Bad Pigges game is totally different to the style of crazy birds, so Rovio fans are eagerly waiting for the new version, Angry Birds: Star Wars.

Rovio announced that the new game franchise will be launched on November 8 and you will play your favorite birds as favorite Star Wars heroes. Angry Birds Star Wars will be available to download on iOS, Android, Amazon Kindle Fire, Mac, PC, Windows Phone and Windows 8 on the same day.

In the game, the birds and pigs will take on personalities of characters from the Star Wars saga. The birds take the side of the Rebellion, specifically the Classic Red will take over the role of Luke Skywalker, newly introduced Pink is Princess Leia, Yellow and Big Brother are Han Solo and Chewbacca respectively. On the Empire side, Darth Vader and his Imperial Stormtroopers will be represented by piggies. 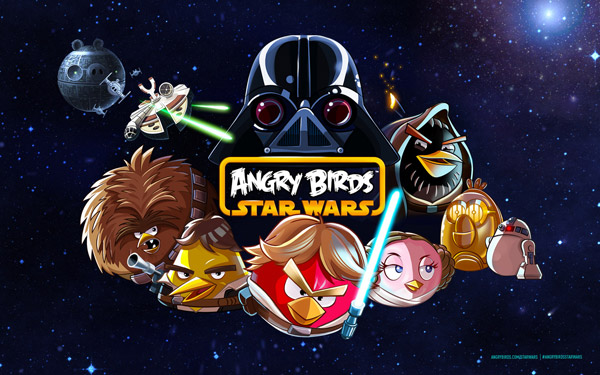 The game is combining two great, iconic tastes and bringing a lot of fun to players. The game will also adopt the gravitational physics used in the Space game with the appearances of both Luke’s home of world Tatooine and the ice planet of Hoth.

Rovio is releasing a series of dolls, toys, games, and other Angry Birds merchandise with Star Wars theme and they will hit store shelves earlier on Oct. 28. For those want to get hands on the stuffs, head to Toy R US store in the Times Square area.

There have been 1 billion downloads of the Angry Birds game, and the new Star Wars game will absolutely help it reach new records. It is expected to be the biggest entertainment launch of the year. Are you excited with the launch?