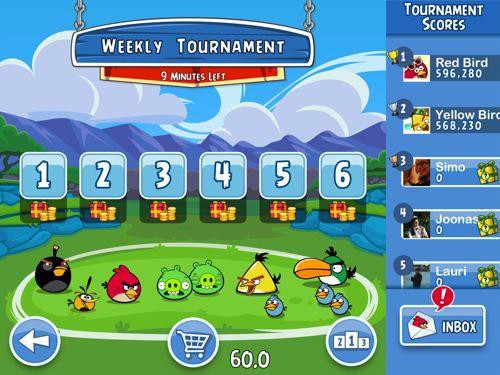 Well, the name of the game says it all. Angry Birds friends let you play with your friends in a number of ways. Following are the few noticeable features in the new Angry Birds Friends.

There are a lot of other things included in the game and you must download the game to test these new features.

Angry Birds Friends follows the modern day marketing strategy, with the original game available for free for both platforms and then users can purchase and pay for the in app purchases.

The gameplay remains the same and you might be thinking what’s the use of downloading a game with similar gameplay you had before? Well, you are wrong. The environment that this game provides to the user is very compelling and once you download the game, there is no one stopping you from going on top of the leaderboard against your friends. The addictedness of the game lies in this fact.

The first tournament of Angry Birds Friends starts from May 6 so you should better download the game and be ready for it. With the new levels added every week along with the new tournament, the game will surely provide a much more entertainment level than ever.

Download links for both platforms is given below. Play the game and lets us know what you think about the new Angry Birds Friends.