The Angry Birds Cartoons series will feature 52 episodes which will expand over a year of 52 weeks, probably with 1 episode per week. Although it is still not final how many episodes will air in a week.

“We’ve long wanted to tell our fans the story of the Angry Birds and the Bad Piggies, to introduce their personalities and their world in detail.” said Mikael Hed, CEO of Rovio. “Launching the channel, and partnering up with some of the best video-on-demand providers and TV networks, is an important milestone for us on our journey towards becoming a fully fledged entertainment powerhouse.” 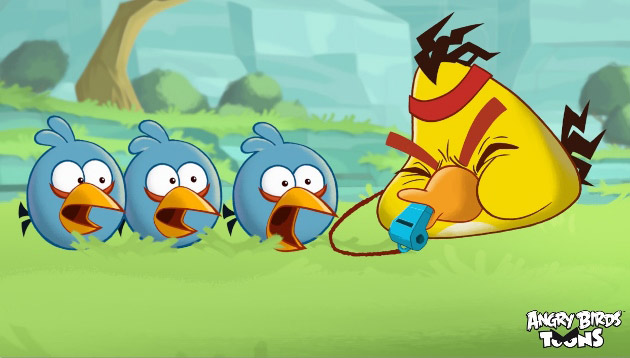 Beside that, Activision, BlackBerry, Paramount Pictures and SONY Pictures are also partnering up with Rovio to launch the Angry Birds Cartoons Channel. Rovio is also preparing to shoot an Angry Birds movie but the idea is still under construction.

Angry Birds franchise currently has above 1 billion downloads in 2012 and over 265 million MAUs till December, 2012.

From shirts and shoes to Angry Birds Cartoons – what do you think about this road trip of Angry Birds. Leave us comments down below.