A very intriguing report, created by AnandTech, shows that almost all the Android OEMs cheat in mobile benchmarks and Samsung is on top of it.

According to the report, Samsung allegedly bumped up the CPU and GPU clocks of the Galaxy S4 and now the Galaxy Note 3 to achieve better benchmark scores against other competing devices.

The report suggest that at least one device from every Android OEM was found to be cheating in various benchmarks. The report showed the Asus Padfone Infinity, HTC One, HTC One mini, Samsung Galaxy Note 3, Galaxy S4, Galaxy Tab 3 10.1 to be accused of cheating the benchmarks. The greatest difference between the CPU/GPU clocks was found in the latest Galaxy Note 10.1 2014 edition. 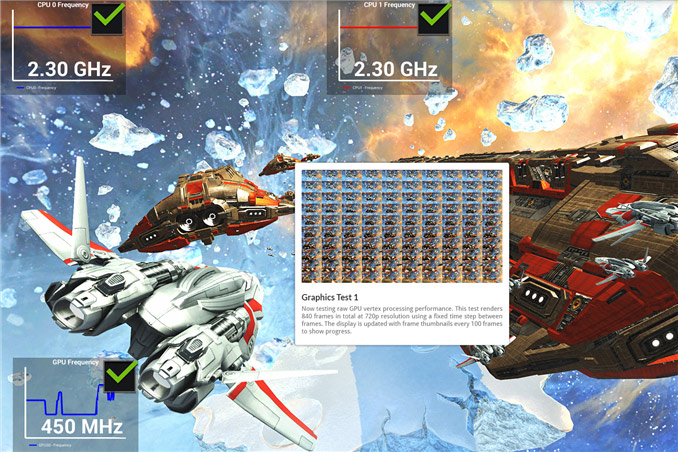 Majority of the smartphones had the Snapdragon 800 processor on board but the Exynos powered models were also not far behind the former one. The only exceptions were the Motorola and LG Nexus devices that were not found guilty of bumping up the specs of the device. The report showed that Moto RAZR I, Moto X, Nexus 4, Nexus 7 didn’t use higher frequencies in any of the benchmarks.

No matter what the report say, it is the fault of the manufacturer why they do stuff like this in order to look better in the competition by gaining just 3 to 10 percent increase in performance or benchmark score just to come on top? Doing such stuff, misleading people is not a good thing to do especially in a world we live in where it is impossible to do such kind of silly stuff.

These benchmarks play a very important role for people who look for guidance in buying the right and powerful device for themselves but this is totally absurd and does not show the real world usage of the device.

On the other hand, Apple also wasn’t found in the testing and it is said that Apple is also an exception just like Motorola and only these two are the only OEMs that do not increase the frequencies to get better performance points in benchmarks.