Every year, it seems, new and improved devices and gadgets come out for our consumption. Just a couple weeks ago, the new iPhone 4S came out to the masses. Sporting Siri and a faster processor, the old(er) iPhone 4 is now out of date. But, it’s still a great phone. The processor is fast, the UI is snappy, and the screen resolution is amazing. Apple, however, handicapped it by not allowing Siri to run. A great marketing tactic, but now it makes an expensive phone seemingly barren. Recent hacks have put Siri on the iPhone 4, but Apple’s servers reject any search queries. (Although, even more recent hacks have bypassed this error, but Apple still tries to reject the queries).

Next year, I’m sure, the iPhone 5 will come out with 4G LTE built it and people will still buy it. Apple did the same thing with the iPod Touch 2nd Generation. When iOS 4 came out with multitasking, it was disabled on the 2nd generation iPod. Hackers later enabled it, along with the wallpapers. I hacked my own personal iPod to enable these features, and it runs fine. Obviously, Apple was just trying to force us to update. Every year, they do it. But, I don’t mean to rag on Apple. All companies do it. Motorola is a fine example. Nearly every year a new “DROID” phone comes out, and the last one is completely disregarded. I have a Droid X, and mine is about two generations behind. But, it’s a fine device. It has a 1GHz (overclocked) processor, 4.3 inch screen, fantastic battery life, but still isn’t the latest and greatest. 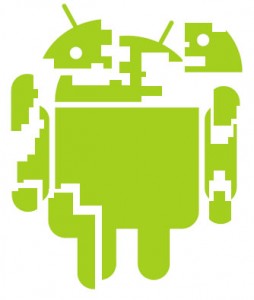 By updating hardware and disregarding old hardware, companies are not only draining our pocketbooks, but they’re making the jobs of software engineers difficult. The iPhone line currently has five brothers. All of them sport different screen types, processors, and antennas. It’s really difficult to make a piece of software run on five devices. But, not only do they have to make it for five devices, they have to make sure that it will run on all the different versions of iOS out there, or risk missing a large part of the population. The same thing applies to Android devices, only on a much larger scale.

Progress is great, don’t get me wrong. But, hardware engineers and companies have to have a little bit of unison when designing these devices. Screen sizes and types, speeds, and types of antennas all hassle developers and our wallets. I’m not saying that all devices need to look at feel the same, but companies like Apple, Google, and Motorola can surely just make sure that a program coded for an iPhone can easily be ported to a Droid. These companies should at least be able to say that updates for the devices will be supported for “X” amount of years. Put profit margins aside and think about the consumer and the software engineer. When I buy a new phone in the future, I want to be sure that all of my games and apps will work with it. Surely if a game can run the same on a first generation Nintendo DS as it does on a Nintendo DS XL, then companies can do the same with Android devices and iOS devices.