Amazon is looking to clash with smartphone industry titans Apple Inc. and Samsung as it works on a three-dimensional smartphone which is scheduled for launch in June and initial shipping in September, according to reports.

If the report proves out on the predicted launch date, the two large market share holders really have a short period of time to rev up their innovative team to come up with something that would retain customers. That is so because what will make the Amazon smartphone unique from, say, Samsung Galaxy family and iPhones is its screens that will project 3D images which can be viewed even without 3D glasses.

The device is said to be sporting a retina-tracking system installed in dual front-facing cameras to display 3D images as in a hologram by sensing the movement of the eyes. Such a technology will be particularly perfect fit for gaming purposes because graphics and characters shown on a virtual 3D display will definitely provide an immersive experience to users.

According to industry sources, Amazon has ordered around 600,000 units from its supplier and has been demonstrating in closed-door meetings some prototypes to developers in San Francisco and Seattle in the past few weeks, which all the confirms the launch is going to take place soon. 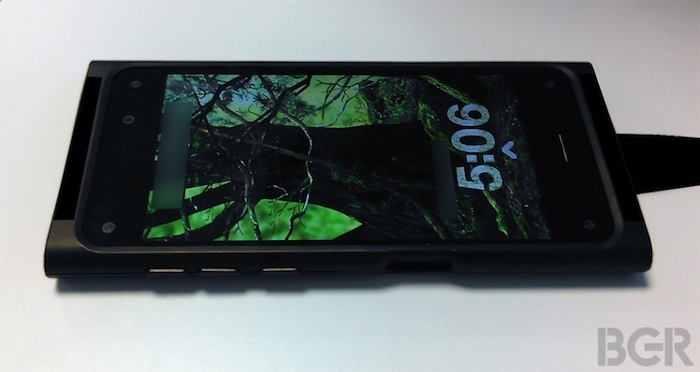 But Amazon’s entry into the smartphone market is already inevitably threatened by the strong foothold of Apple and Samsung, which both hold 41 percent and 27 percent of the U.S. smartphone market based on IDC’s data. Surely, it would be an uphill battle for Amazon, but given its technology distinction from the rest of what is already in the shelves, there is hope that an Amazon smartphone can edge these entrenched players, especially in terms of gaming and e-commerce. That also explains probably why Amazon recently entered the hardware market by launching its Fire TV set-top box.

How exactly will Amazon profit from a market that is already saturated with a great volume of product offerings? Well, for one, the company is said to be zeroing in on the revenue generated by a customer-centric approach of providing e-commerce services than focusing on the profit offered by the device itself. Amazon is expected to pursue sales opportunities from e-books, downloads and other items by leveraging the data about a customer’s location and download history to predict client behavior.

As of now, it remains unclear what operating system the smartphone will be running and what carrier will offer the device. We’ll see when more updates come our way.