Rumors have been circling around about the new two new Xperia Devices, the Honami and Taguri to be released anywhere around Q3 or Q4. But the latest pictures show another Xperia device codenamed Xperia S39h.

The pictures of the Xperia S39h are pretty much clear and original so there is no question about its authenticity or whether it is just a mock up or a rendered version of a Sony Xperia device.

Features shown in the Pictures of new Xperia device

When we look closely at the pictures, we see plenty of options there. First is the large display that hints at a possible screen size of around 4.3 inch which suggests that this device will be placed just a little bit higher than the current Xperia L model. Of course there is the white color of the phone that is the next obvious thing. 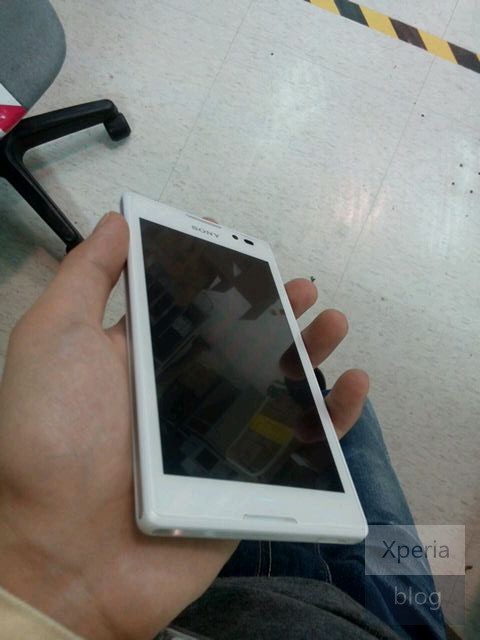 If you look closely, you can see a dedicated camera button on the side of the mobile phone. This shows that the device shown in the pictures inherit majority of the design features from the 2013 line of Xperia smartphones.

The codename of the device, S93h, also tells use few things. Sony has been naming its sets based on their size mostly. The S notation indicates a Small handset, although 4.3 inch is not small for some people.

Although there were no specs leaked for the device or any other kind of info, but we think that the device will not create a hype among people as majority of the features that can be seen in the pictures are already available in the market in the form of other Sony Xperia Devices.

There is nothing official about this Xperia device shown in the photos nor is there any date announced for it but we are pretty much sure that it is one of Sony Xperia devices that are going to be launched later this year. We just have to wait a bit longer to see how things pan out for this device. We will update you as soon as we hear anything new about it. Till then, leave us comments down below and share your views with us.