The new smartphone, pictured in the photo is said to be the first handset in the new BlackBerry C Series smartphone with C known as Café series.

It is said that the new BlackBerry C Series device will be a low specs device probably a mixture of Z30 and Q5. We can see the Verizon trademark on the top left of the device which indicates that the device will be available to Verizon customers at first. The device is all touch from front and we get a usual look and feel of the latest Z30 in terms of design. BlackBerry Z30 had a 4.9 inch screen while the BlackBerry C Series is said to have a 4.2 inch LCD display supporting 720 x 1280 resolution. 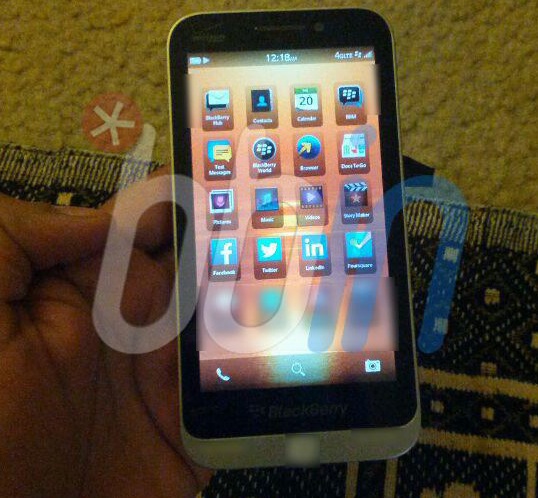 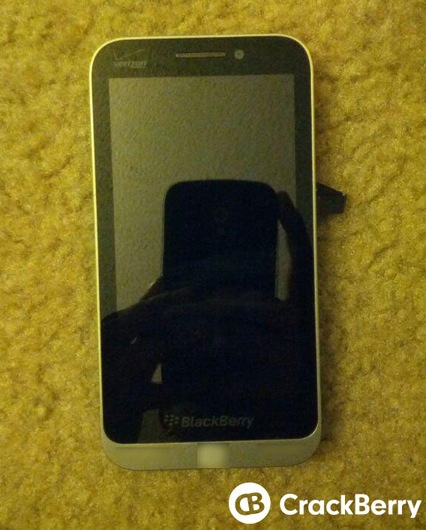 In the hardware department, we are expecting at least a dual core processor with 2GB RAM, an internal 16GB memory with no expandable memory and an 8MP camera at the back with 720p recording. These are just assumed specs as of now. As the BlackBerry CEO claimed that all the BlackBerry 10 devices will support 4G LTE, so we can say that even the BlackBerry C Series smartphone is said to be a low budget phone, it can have 4G support.

BlackBerry has been running in all sorts of trouble lately as recent reports shows that BlackBerry might lose up to $1 billion by the mid 2014. The company also announced recently that it is going to cut down labor to up to 4,500 in order to reduce the loss. With the Android and iOS sharing majority of the market shares, it’s not far that BlackBerry might also have to pull back from the mobile consumer market just like Nokia did if they want to survive in this battle.